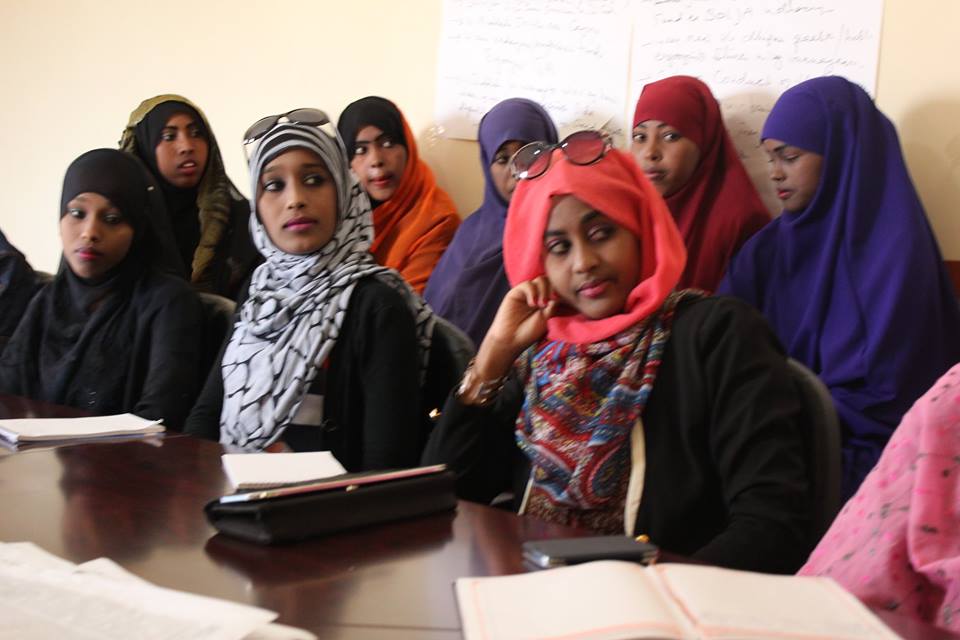 A special one day inductive tutorial course was held for 35 journalism graduates who are just completing their basic training.

The Somaliland Journalism Association, SOLJA, facilitated the maiden seminar which happens to be the first one of its kind at such a level to be held by the association at its headquarters on Monday the 23rd of February 2015.

The California Institute graduates were lucky to have their induction graced by a ‘who-is who’ lineup in journalism.

Messrs Mohammed Ali Hassan aka Weji, Hassan M. Jama aka Heiss, Yonis Ali Noor, Ali Jibril and Hon. Ahmed Duale who happen to be eminent veteran personalities in the media industry imparted to  the students  various technical and field aspects of the trade that were imperative tools to grasp.

Media veteran who happens to be the first and only (still known) Somali Journalist to acquire a master’s degree in radio management gave the trainees knowledge on the overview sectorial and structures in the multimedia departments.

He told them the importance of the professional hierarchy and the onerous needs in working jointly.

He is still working in the ministry, where he has been for several decades.

Heiss has been the pioneering editor of the Republican, a local English newspaper, and for a long time has been a lecturer at Hargeisa University.

Mr. Ahmed Jibril who specializes in photography and runs such an institute in the city, dwelt on the importance of the trade in the media industry.

The parliamentarian Hon. Ahmed Duale who has been a long time professional journalist talked of the rules and regulations and allied laws that govern journalism. He also reiterated the importance of prolificacy and good acumen and whatever it entails, to the industry.

The BBC veteran journalist, with also over four decades experience,  and still going strong, Mr. Yonis Ali Noor was at hand to impart upon the graduates on the pros and cons, highs and lows or professional hazards in the industry.

He also reiterated the need of being truthful, sincere and loyal to the rules of the game in the industry.

SOLJA officials were at hand to make the day a success for the seminar, led by the chairman himself Mr. Mohammud Abdi Jama aka Huuto.

California Institute is one of the three local private ones that specialize in mass communication courses.