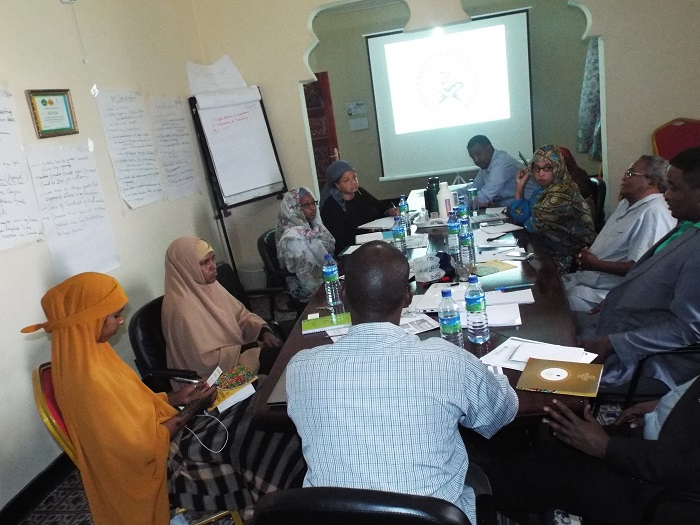 Somaliland Journalists Association SOLJA had an official meeting with Open Society Initiative for Eastern Africa (OSIEAs) at its office on June 8th.

The SOLJA leadership and the management team paid a warm welcome to OSIEA’s team and explained them more about Somaliland media landscape in particular and the state of Somaliland freedom of expression in general hence the team from OSIEAs highlighted to SOLJA team the fundamental purpose of their visit which was part of OSIEA’s preplanned visit to Somaliland for the first time in order to assess and identify areas to be supported by OSIEA’s with the focus on the areas of higher education, health and citizens participation in governance.
SOLJA chairman, SOLJA Executive director along with SOLJA’s technical Advisors (Yonis Ali Nur and Hamze Khaire) gave OSIEA’s team a broad picture about the Somaliland media regulation system, capacity development and training for the Somaliland media and the Somaliland journalists and the citizens’ participation of Governance. During the meeting more emphases has been put on the topic of the reform of press law 2004, the status of current press law that is waiting Somaliland parliament’s approval and the establishment of broadcasting law as well as the role of Somaliland journalists association (SOLJA) in advocacy for the reform of press law 2004 and the establishment of broadcasting law and against the deadly press law in the Somaliland house of representatives.

OSIEA’s on their side expressed, that, despite their visit was only confined to assessment, they impressed the work of Somaliland Journalists Association is doing towards media development and the promotion of freedom of expression and they mentioned based on the findings of the assessment and the approval of OSIEA’s board of directors, SOLJA will be possibly a key partner for OSIEA’s.  The meeting was lasted with mutual understanding between OSIEA’s and SOLJA. The visiting team (OSIEA’s) was led by Sudan and South Sudan program manager miss Jonathan along with Sarah.