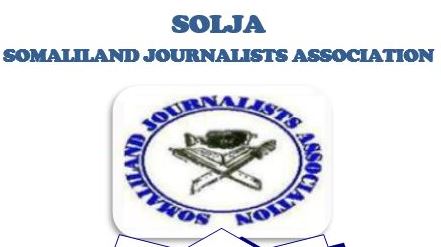 To: Whom it may concern

Cc: The Government of Somaliland

HARGEISA, 28 October 2015 –The Somaliland Journalists Association (SOLJA) would like to issue the following press statement on its condemnation against fraudulent publishers namely sunatimes.com, waagacusub.com and somalispot.com, which accustomed to use media as a form of tool to harassment and intimidation.

Therefore, SOLJA statement is as follows:-

Strongly condemn; the actions of individuals such as Omar Faruk Osman and Dahir Abdulle  Alasow, the owner of Waagacusub.com website, for their illegitimate, unprofessional and fraudulent practices, which undermines the fundamental principles of ethical journalism both locally and internationally.

Reaffirms; that those fraudulent websites does not represent journalistic practices in Somaliland and across the Somali regions, but it is nonetheless, it is the capacity of its own and lawlessness in its country;

Call those publishers namely sunatimes.com, waagacusub.com and somalispot.com, to immediately halt their harassment, intimidation and proliferation of information against individuals and business people in particular in Somaliland;

Warns that the repeated harassment and defamation against individuals and private enterprises is pure threat against stability and neighbouring countries in the horn of Africa;

We warns: that the fraudulent practices of Omar Faruk Osman and Dahir Abdulle  Alasow, the owner of Waagacusub.com website, can lead more serious threats to the entire stability in the region;