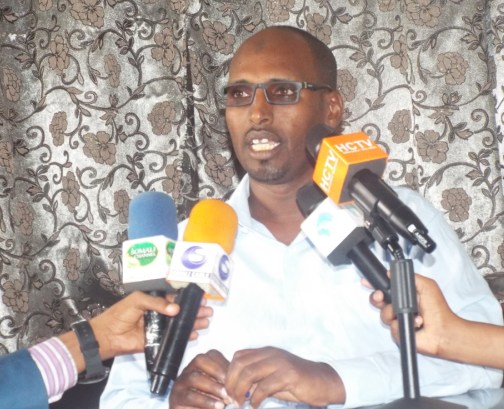 SOLJA Sues Interior Minister for Beating and Kidnapping of Journalist

accepting the lawsuit case against the Interior Minister Mr. Ali Mohamed Waran’adde on

14/04.2016. The lawsuit opened by the court is about bringing the minister of interior to the

journalists named Abdi Fatah Ismail Arshe, whom the minister and his security guard

The Journalist Association standing for the defence and promotion of journalists ‘rights, is

made by the minister as soon as possible in consideration to the complaint from the victim .

The Somaliland journalists association (SOLJA) is repeatedly criticizing any action

oppressing the freedom of press beyond the press law of Somaliland. Somaliland journalists

court by the members of the Somaliland government officials. Therefore, SOLJA is

SOLJA believes that government officials and civilians are equal before the law. So that

journalism ethics as stipulated in the national constitution and press law of Somaliland.

SOLJA Is also warning government officials to continue whatever deteriorating the

relationship between the press and the government institutions, although it is emerging that

respect the decisions issued by the meeting held on Wednesday between the press agencies,

security authorities and judiciary as said on the press statement issued from SOLJA.