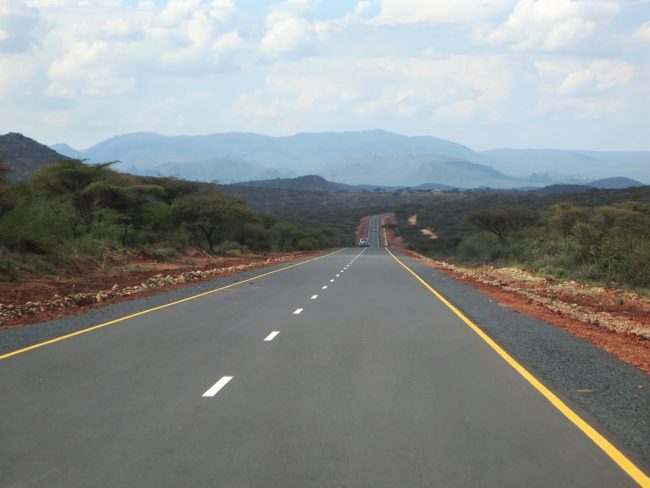 Early last week, on Monday, June 22, five journalists were invited to a press conference under false pretenses and arrested by authorities in the small town of Wajale, Ethiopia, which is located near the Somali border. Soon after, four of the five journalists were released while one, Muktar Nuh with the Horn Cable TV (HCTV), remains in jail. HCTV was also taken off the air and made to stop broadcasting. This event, that raises questions about human rights in Ethiopia, comes at a time when the country is trying to highlight the positive economic effects of its reconstruction.

There has been no reason provided by the Ethiopian government for the arrest of the five journalists, but this type of treatment of media is not completely uncommon in the region. There are presently other journalists imprisoned in Ethiopia and one ongoing case in Hargeisa involving another Somali reporter. There are concerns that government officials encourage “tight security” that “restricts the political and civil rights of the ethnic Somalis.” For reporters who travel to areas like Ogaden, which is situated in eastern Ethiopia near the Somali border, often they must be accompanied by government representatives as was the case recently for an Al-Jazeera news crew.

This last week, Ethiopia and Kenya signed a deal to construct a new crude oil pipeline that suggests Ethiopia is well on its way to becoming an economic powerhouse in Africa. However, Ethiopia holds the 173rd position out of 187 countries on the U.N. Human Development Index. About 40 percent of the population continues to live on less than $1.25 a day, well below the $2-a-day poverty line set by the World Bank. Some argue that there have been investments made to improve conditions for much of the impoverished nation. These improvements include an estimated 200 new health centers that have been built, a university, which opened in 2007, now has 21,000 students in attendance, and there are 150 high schools in the Ogaden region. Others still contend that the “GDP and millennium development statistics reveal only a tiny fraction of the corrupt and violent picture.” The numbers do show a nation experiencing economic growth. Ethiopia experienced an eight percent growth per capita between 2004 and 2014. Additionally, manufacturing has recently grown at 11 percent annually and “manufacturing exports have increased more than elevenfold.” Moreover, they have also invested heavily in infrastructure and energy. From 1997 to 2011, the road system increased from 26,550 km to 53,997 km and in 2017/18, after the Grand Ethiopian Renaissance Dam is completed on the Nile that will create 6,000 MW, Ethiopia will have quadrupled its energy generation. Again, this growth looks promising, but currently, the nation’s manufacturing still only makes up about five percent of Ethiopia’s GDP. This is significantly lower than the average 10 percent the rest of Africa experiences.

The “authoritarian corporatist” structure of Ethiopia’s government, not dissimilar to Taiwan’s or Korea’s governments, imposes tight restrictions on human rights as is reflected in the arrest of the five journalists last week near the Ethiopian-Somali border. These arrests have generated concerns about human rights as they relate to the mistreatment of ethnic Somalians along the border. The Somali Independent Houses Association (SIMHA), the Somaliland Journalist Association (SOLJA), and the National Union for Somali Journalist (NUSOJ) have all demanded the release of the HCTV journalist, but at this time, he remains in jail.