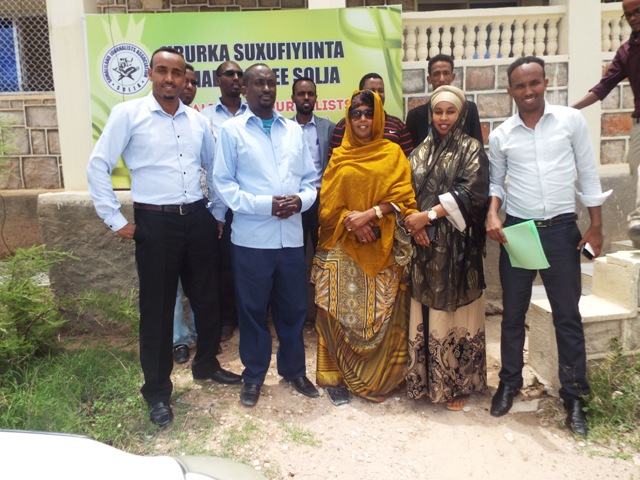 Somaliland Journalists Association (SOLJA) holds its fifth board meeting on 28-29 August 2016 and its agenda was a discussion about the current situation of media and journalists in Somaliland. Where these board stand for the working of the good of media in Somaliland and journalists development in a volunteering way for the benefit of the nation. Off course, the needs and the circumstance of journalist and media needs a collective force in order to prepare journalists reach the highest standard they lead the society to the way forward?

This board meeting occurs three times in every year and its outcome was plans, recommendations and suggestions for the development of media in Somaliland with the help of various media experts and scholars from the world.

The output of these meeting incudes:

In addition to that, during this Board Meeting, it has been agreed to strength and enhance the working relationship of all media stakeholders by maintaining meeting up every individuals and groups that can support journalism and communication arising in Somaliland by making accountability and executing plans already set out by SOLJA including:

To request from the President of constitutional supreme court to arbitrate the starting of decriminalization of media cases that was suggested to explain article 10 of the press law, which focuses on the media cases are carried out in a civic manner rather than criminalizing, where this activity both groups ( Judiciary and the Government) have not yet executed and exercised.

To sincerely request from the Government to help us establish the Somaliland Media Center for journalists in order to enhance their professionalism and skill development, that was promised by the year 2016.

To quickly initiate the meeting between the Media and concerned government institutions on discussion of the media issues as the previous year gathering in order to evaluate the outcome and see the execution of the promises stated in each group.

To strength the protecting and advocating of the journalists and upholding their freedom of expression by aiming of minimizing complains from both sides.