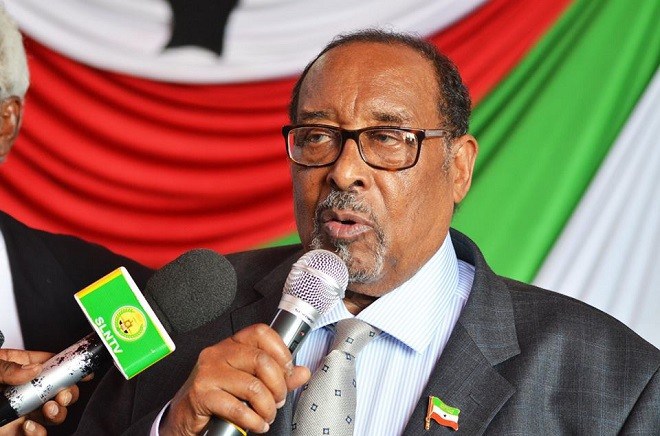 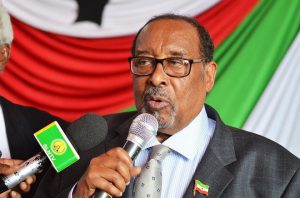 Hargeisa, SOLJA- Below is the full text of President Ahmed Silanyo’s speech duing the launching ceremony of the country’s National Medi Day in Hargeisa on Wednesday, November 9, 2016.

“It is great honor and priviledge to attend this important event,which brought together Republic of Somaliland’s media stakeholders in order to consult on their interest and development of the media in general.

First of all, November 9th is being recongnized and designated as the Republic of Somaliland’s National media day. Therefore I am sending warm congratulations to all Somaliland media professionals,wherever they are. Secondly,Iam commending the role of the  independant and the state media for their outstanding contributions for the reconstructon,peace-building and the development of the country.

Iam fully aware how the young media professionals have fully fulfilled their role in the nation with minimal support. I would like to utilize this opportunity for praying those from the profession whom have died,especially the founding father of Somaliland independent media ,the late Mohamud Abdi Shide.

Press freedom in one of the important pillars of the country’s democratic principles, and it’s clear as crystal that the freedom of expression and the level of freedom enjoyed by the different media fraternity in Somaliland rarely exists in many African countries.

This has been achieved due to:

The media have the right to fulfill its responsibilities, in accordance with the laws of the country,

without pressure and harrassment.

As the President of the nation, I am against independent media censorship; and indeed, I was a staunch supporter of this idea and I fought for it.

There is a popular Somali adage which says;” If a man sleeps and then wakes up, still he is the same man”, therefore I am not a changed man, still I am a staunch supporter of independence of the media and freedom of speech. Media professionals could not be jailed illegally and they could not be abused. Neverthless, media professionals are humenbeing whom can commit a mistake, if they are   accused of a crime or infringement of someone else’s right, they should be dealt according to the law with due process in the independent judiciary.

Iam ordering all the security institutions and local administrationsto respect and protect the rights and independance of the media and the media professionals.

On the other hand,it it’s a national duty that the media keeps the national unity of the nation and should fulfill their duties in a patriotic and country loving manner. Therefore,i urge the media to avoid airing issues deterimental to the wellbeing and general national interests.

I am welcoming constructive criticisms and corrective advice which media conveys to my administration. I am receptive to constructive crticisms towards my adminsistation, but the media should avoid lies and fabrications without a source.

It is important that various  independent media outlets:

The government I lead is determined to support and build the capacity of Somaliland media.

I pledge to implement the following things.

Finally,as we all aware of,  there is a widespead drought in the country, and my government is busy assisting the citizens affected by the drought, we have allocated 8 billion Somaliland shillings for the drought releif.  Therefore, I urge the media to cover the news of the drought and encourage the public to support their brothers.

Praise to be Allah

Thank you all very much.