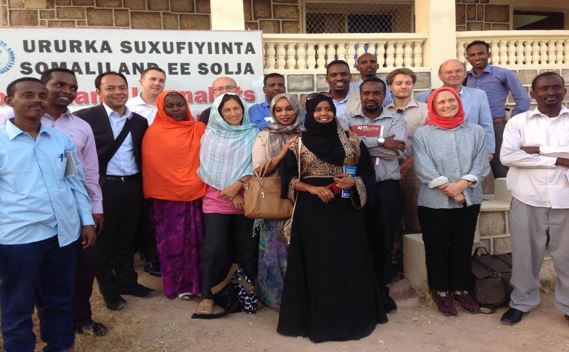 A message from the Chairperson,

SOLJA is rich in the aspect of producing leaders in Journalism Associations. Being a Journalism Profession Association SOLJA has no chance for un-professional journalists, to be identified as experts; hence we are very different with other Journalists associations striving for media publicity. To us training is what makes a journalist or mass communicator an expert, but working for many years in a media without professional training, would not make a person, a journalism or mass communications expert as we often here in Somaliland. 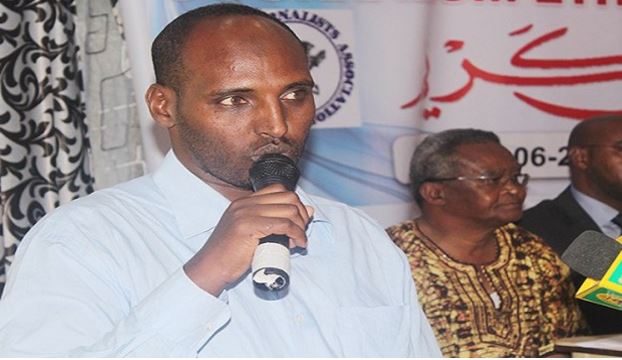 Meanwhile SOLJA is also take this opportunity to sensitize that late this year ( 2013), SOLJA is scheduled to hold her general conference of electing leaders for the next period of two years leadership. According to the constitution of SOLJA only live members can be allowed or be invited to participate as voters as well as candidates for contesting SOLJA leadership posts as indicated in our constitution.

Hence, I call upon all members and leaders to make sure that they pay their annual fees for all the due years to make them live members of the association. Failure to do so is automatically deregistering you as a SOLJA member. (Please read SOLJA constitution in this website for in-depth understanding to avoid later unnecessary inconveniences).  It is my sincere hope that all members including us leaders, everybody will play his or her part to make sure that we pay annual fees as indicated in the constitution in order to remain live members of SOLJA. It is also important to make CRYSTAL-CLEAR statement that all those who have not paid their annual fees for a period exceeding six months; they are no more SOLJA members.

SOLJA is a live association progressing with live serious journalist’s members from universities, National Freelancers, Media lecturers and other associate stakeholders – Publicity is not SOLJA priority, our activities are known to our LIVE MEMBERS.

SOLJA Motto: Freedom of Information (FOI) Act entrenchment in the constitution of Somaliland is inevitable. Please professional Somaliland Journalists and serious journalists’ stakeholders’ lets unite to accomplish this mission. SOLJA strategic plan is crystal clear and is available in our website.

The door is open for Professional and Associate members to join SOLJA and for more details please read SOLJA constitution or else contact us. You can electronically join SOLJA, through filling SOLJA application form found in our website.

Somaliland Journalist Association (SOLJA) is national independent, non-governmental, non political and nonprofit making organization based in Hargeisa Somaliland. It was established on Feb 2003 to defend and promote the rights and freedoms of the media, and generally, to help expand the boundaries of freedom of speech and expression in Somaliland, and to empower member journalists and ensure high standards of journalism/reportage in Somaliland. It’s legally registered with the Ministry of Information of Somaliland as “Somaliland Journalists Association” with the mandate to build up and foster the knowledge and skills of the journalists to make information on education, developmental activities and entertainment access to the public; and to defend and advocate the rights of the journalists.

SOLJA representing more than 28 media houses consists Radio stations, TV stations, Printed media and online outlets and 283 professionals’ individual journalist members from all media houses in Somaliland. SOLJA has offices in all regions as well as representatives in Horn of Africa. The association has an adequate financial sound system (Quick book) and comprehensive procurement procedures

The association will carry out its activities throughout all the regions of Somaliland in partnership with NGOs, UN & International organizations, and the local journalists by promoting the serial needs of the target groups through build media institutional capacity.  Its forge links and network of co-operation & excellent relationship, information sharing, Transparency & accountability with the community, government, LNGOs, UN & international Organizations as well as donors of the international community so that its goals are accomplished.

Member journalists work across the whole industry as reporters, editors and sub-editors and photographers. Members work in broadcasting, newspapers, magazines, and in the new media (news websites). We are professionals who are proud of the work that we do. Our members come from many different families and backgrounds, with widely different regions. SOLJA oversees initiatives to ensure that the press’ essential role in society is understood and respected.

Media realizes its capacity in executing its activities within its ethical norms hence exercise freedom of expression in a fearless atmosphere. The vision of SOLJA is a Somaliland in which all media and all persons can and will express themselves freely with absolutely no fear or threat of interference, reprisal or violation by any force.

The SOLJA Initiative works towards the establishment of a free and professional media in Somaliland. The goals of those who seek reform and peace in Somaliland, regardless of their political stance, want a healthy and active civil society, freedom of thought and expression, tolerance of different perspectives, fair elections, and transparent and fair governance. Good media can help create this change.

To effectively pursue the SOLJA’s objectives and deliver the desired outcomes, SOLJA’s programme of work is divided into four broad thematic areas or components which will constitute its main programme departments as follows:

Set up in year 2012, the Network comprises legal experts from across the sub-region to primarily provide legal support for Journalists/Media in their legal defense against criminal prosecution.

SOLJA with support from its partners has through this network made several interventions in a number of cases with significant national impact and implications. As a result too, demands for SOLJA’s intervention are growing, and important challenges to the programme’s implementation are also emerging.

Across Somaliland, the SOLJA brings together individual freelancers journalists as well as media houses through their membership of the national sections. Membership of SOLJA is open to individual journalists and mass media organizations working or established, Currently SOLJA has active members of 28 media houses from Radio stations, TV stations, Printed media and online outlets and 283 professionals’ individual journalist. Membership has criteria as well as process and procedure during SOLJA’s membership intake SOLJA’s membership applications made on the prescribed forms to the executive committee whose decision regarding eligibility shall be the final. SOLJA runs from membership fees or annual subscriptions.

SOLJA was founded and is governed by our member journalists. We are a democratic association, and our strength comes from the involvement and engagement of all our members. It is possible for all members to influence policy.

The Association’s policy, objectives and priorities are decided at the General Assembly, which meets once in every three years. Six Branches of the association are entitled to send delegates to the General Assembly in proportion to the size of their membership. Policies and programs developed by the elected members are implemented and administered by the National

SOLJA is governed by a Supreme Council, responsible for the general policies between General Assemblies, and an Executive Committee, in charge for the administration of the Association. The diversity of the association’s membership also is one of its strengths. SOLJA is pitilessly opposed to discrimination and prejudice, on grounds of gender, tribe/clan, age or disability, not least because it divides rather than unites.

SOLJA has general assembly that all the members meet and held at once in every three years, also the Association has effective governing “Board of Director” of Fifteen (15) members, the assembly are the supreme organ of authority in the association which approved the constitution of the association and has power the election of the BOD as per the constitution.  It takes all decisions related to the policy of SOLJA and deals with regulatory issues. It elects the Board of Directors, the chairman and the vice chairman and secretary general.

The Fifth Somaliland Journalists Association (SOLJA) Annual General Meeting (AGM) saw the election of new office bearers who would run the largest media society for the next three years. he one day annual general meeting (AGM) held at Ambassador Hotel on the 25th Dec 2014 saw the attendance of 96 members drawn from local assorted media outlets with 10 other attendants from line stake holders e.g. the Academy of Peace, SONSAF, Free Press and associated CBOs..

Most of these sentiments focused on the need of upholding etiquette, righteousness, freedom of expression and, amongst others the inherent need for imperative free and fair election.

The AGM adopted new articles in their regulations with several amendments having been done. During general assembly meeting an international award winning veteran journalist and Waaheen Media Group editor was elected Mr. Mohamoud Abdi Jama- chairman, Keyse Ahmed Digale- Deputy chairman and Hussein Aden Yusuf Kurdi as a new secretary general along fifteen new officials of the board of directors. It is important to note that this year’s AGM created the office of an executive officer, something that was not there before.

The Board of Directors is the legislative organ of SOLJA. Board members are elected by the members of the General Assembly. The Board of Directors provides financial oversight and maintains accountability. It also determines SOLJA’s mission and purpose and ensures effective organizational planning. The board of directors of its powers usually occurs in board meetings. SOLJA’s legal systems require sufficient notice to be given to all directors of these meetings, and that a quorum must be present before any business may be.

At the 2015 SOLJA General Assembly in Hargeisa, the following officers were elected and appointed for a 3 years term:

The Board of director is the leading body of the association between two sessions and they review and approves association plans, identify needs, and link planning to budget, approves implementations of the operational manuals, associational policies and procedures, internal control system, designs and develops the strategic plans/directions of the Bar; and amends where deem necessary

The Board of Directors is divided into five sub-committees who are responsible for:

The Secretariat consists of the staffs that are responsible for the day to day running of SOLJA. It is headed by an Executive Director who is appointed by the Board of Directors.

The Somaliland Journalist Association is an active member