Briefing: Somaliland Elections and role of SOLJA-the largest media Association in the Horn of Africa.

As you may be aware of Somaliland is having its presidential elections in November 13 2017 and there is significant preparation and political activities undergoing across the country. Hence, we believe media is one of integral part to shape this elections and political movements. The intention of this email is to cordially brief you on the on-going election process and interventions made my SOLJA as we might think our partners need to know what is going around.

Here are some of the major activities:

1: Media Code of Conduct for Presidential elections in 2017: after working hard and cooperation’s between elections and media stakeholders, the Media code of Conduct was officially approved & signed by signatory parties lead by the National Election Commission (NEC) in 16/10/2017 and SOLJA was very keen to take a lion’s share all the process from the drafting, consultation, reviewing and finally approving for signature.  Somaliland Journalists Association (SOLJA) will work on the distribution to the journalists across Somaliland, monitoring and effective implementation of this Code of Conduct. On the other hand, a 7 national committee consisting of the signatory parties: NEC (2), Ministry of Information (2), SOLJA (2) and WIJA (1) is formed to guarantee the code of conduct implementation and the monitoring of impartiality in the 3 political parties by government media.

SOLJA is now planning to carry our awareness rising for singed code of Conduct and send an SMS and print bill boards to put every news house for engaging journalist awareness and practice of Media Code of Conduct 2017. Every journalist who fails to consider and neglect this agreed code of conduct will be recorded and face

Moreover, SOLJA have also organized a forum for media owners and journalists to avoid hate speech and clannish reporting during election to avoid impartiality and favoritism of media houses and journalists in cooperation with our Partner National Endowment Democracy-NED.

SOLJA is now planning to conduct further trainings in the regions and journalists that has not been reached so far most importantly journalists in Awdal, Buroa, and Hargeisa which the largest number of journalists are living in partnership with IMS.

Lastly but not least, the campaign has officially today Saturday 21/10/2017 and will take 21 days and ends 11/11/2017. Each political party will get a 7 week and make campaign in every 3 days. The National Election commission has as well produced the schedule for space sharing to the Government media: SLNTV, Radio Hargeisa and Dawan Newspapers in the News presentation, daily campaign coverage and Political manifesto airing allocation.

We will keep you update if there are issues we consider as important.

Thank you in advance, 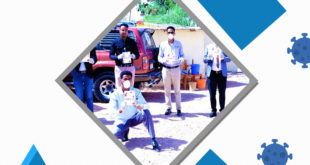