SOLJA is recently carrying out the most important and worthy Project on Journalism Registration and Press card distribution in Partnership with FreePress Unlimited. The importance of being registred and Press Card providence of journalists in not only for Safety and Identification but rather contributes the effective accessibility of information by a journalist from various institutions both Governmantal and Non-governmental. 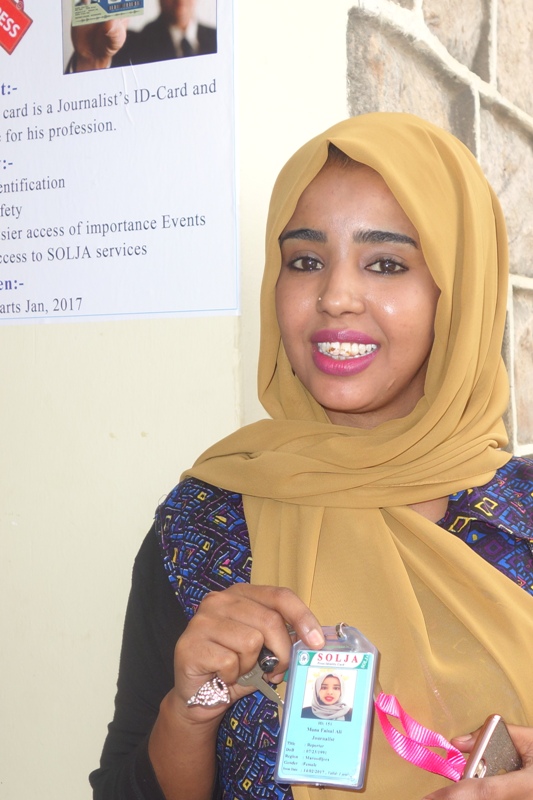 In fact, this Press card distribution is welcomed by many journalists, the Government (Ministry of Information), the Officials of Gov, the citizens, business people and all media stakeholders due to the classification and identification of a journalist and others.

In addition, SOLJA has consulted with major media stakeholders both the Ministry of Information and the Media owners in order to successfully and jointly start this mission. Hopefully, on behalf of Executive Director, we have achieved acceptance of targeted stakeholders. The various Media organizations such as TVs and Newpapers are guided by Schedule distributed to them on the specific days they will send their employees to the SOLJA HQ in order to collect their cards once they fulfill the Conditions. 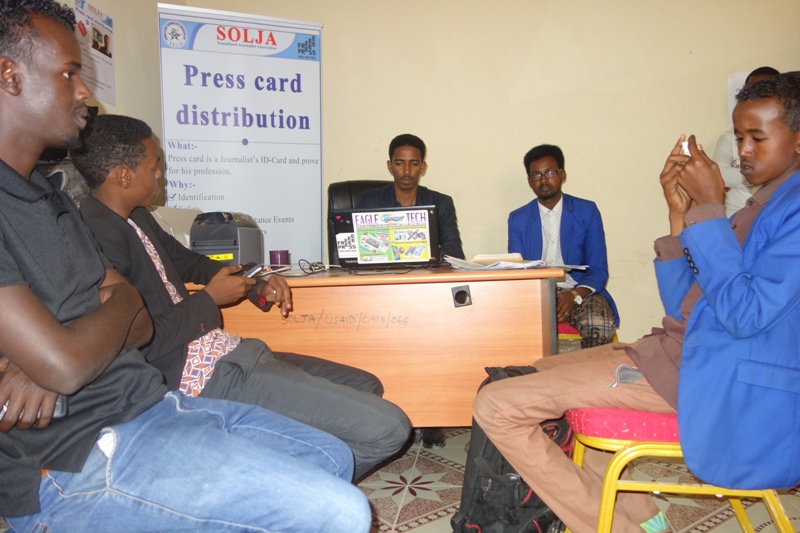 Here is the systematic approach and dates SOLJA carried out:

SOLJA have conducted most of planned activities such as In-door training for Technical Team and these following activities. 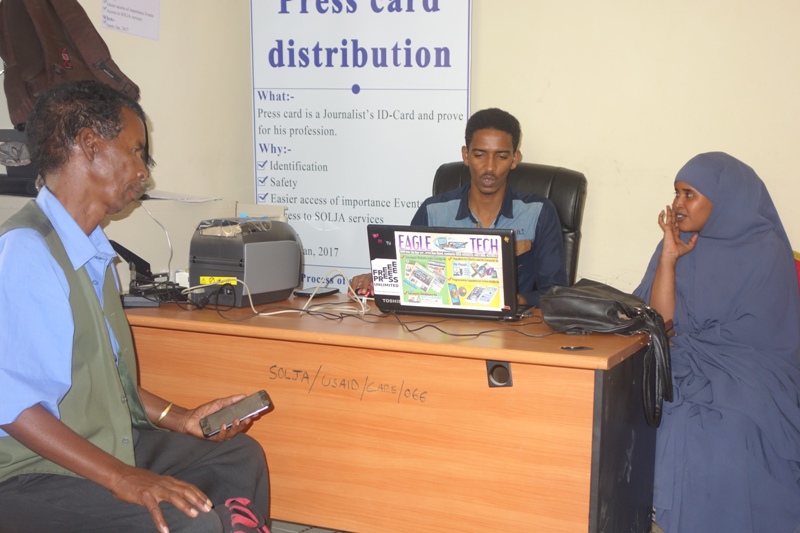 On Sunday 22nd January, SOLJA had a meeting with Ministry of information and Media Owners towards consultation on the project as planned before. It was fruitful and accomplished. All suggestions are noted and implemented as agreed. 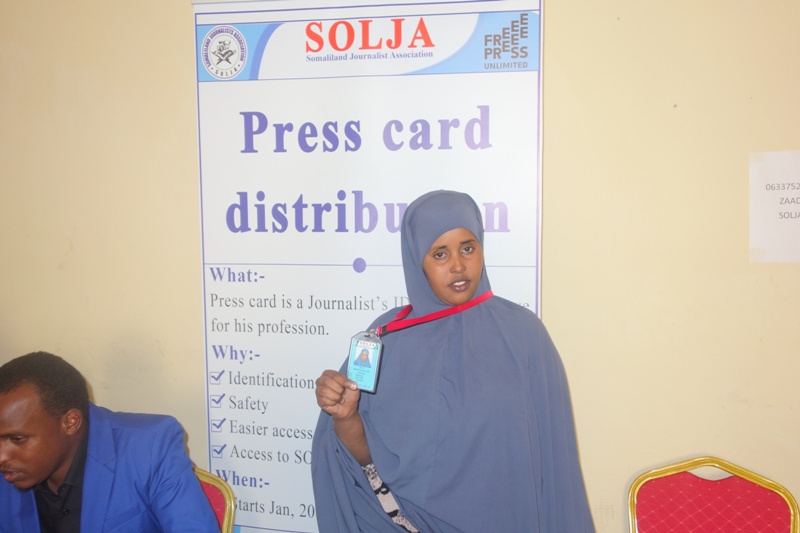 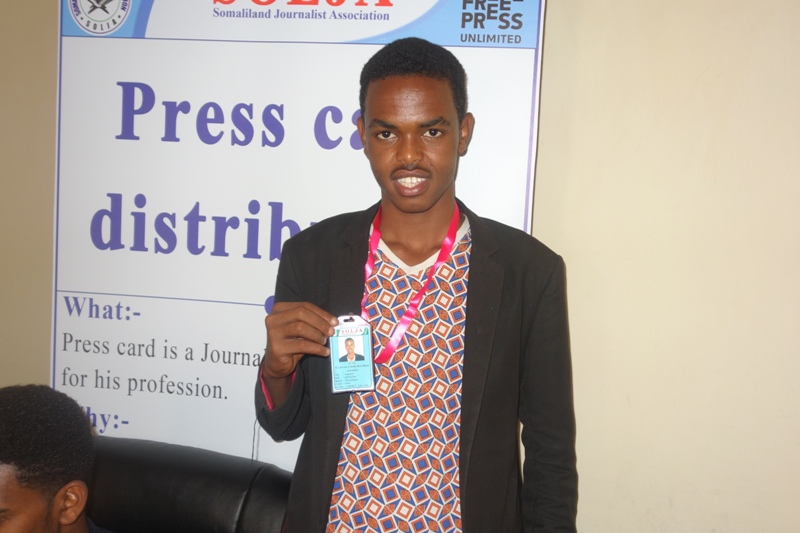 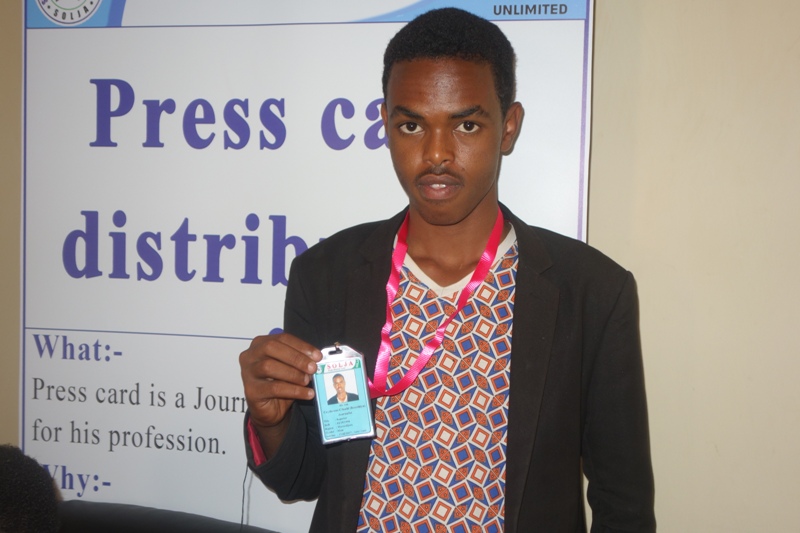 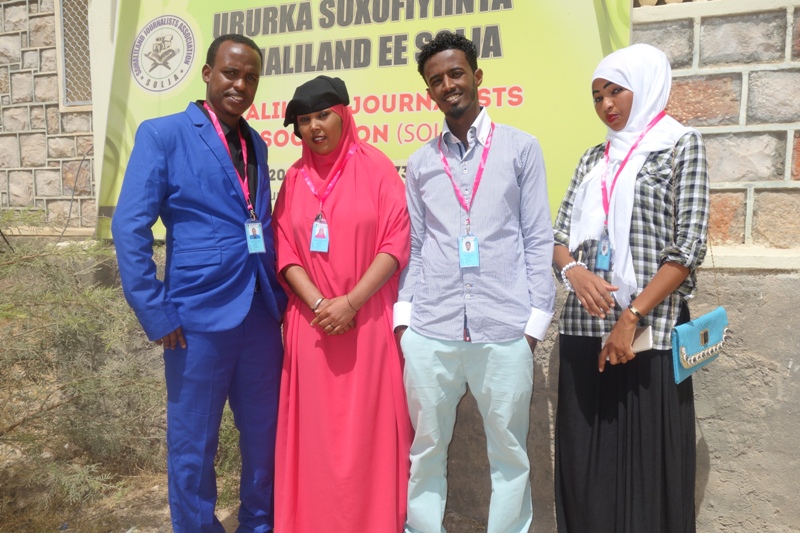 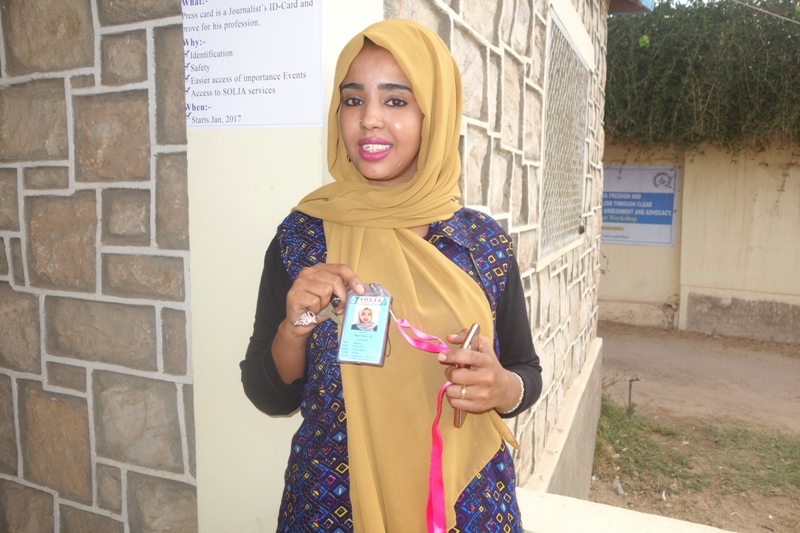 On Monday 6 February, SOLJA held the Official Launching event of the Journalist registration and Press card distribution project. Attended by huge delegates from Government and also the Non-state actors.

For the last two weeks starting from 7th-20th of Feb, SOLJA’s Headquarter is busy on journalists that seeks to register and Collect their Press Card.

On 20 February, the 2 weeks planned of Hargeisa will finish and we will like to go out for regions because journalists are waiting.

Lastly, it’s a great Milestone achieved for SOLJA, our Partners especially Free Press Unlimited and Somaliland. This is the first time that such this task is bravely implemented Journalist Registration and Press Card distribution pilot Project.